The commercial plaza has a stepped building form which is taller in the rear and low in the front to avoid any obstruction in the visibility of the tower from the main road along with serving the purpose of recreational areas for the corporate spaces. The site has been planned in such a way that the commercial activities do not interfere with the office spaces, thus maintaining the reticence of the work environment. The roof terraces are developed to be used as open-air restaurants and clubs whereas the proposed podium could be used as an open-air banquet, designating a function to each space. 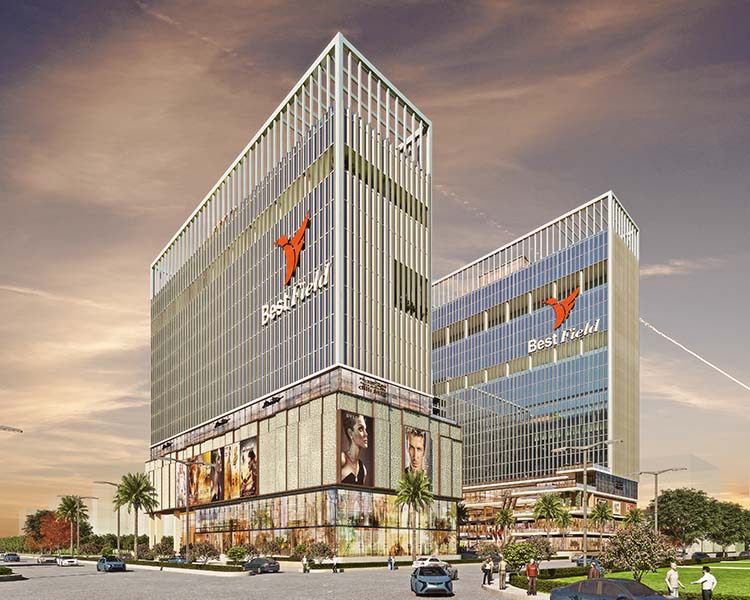 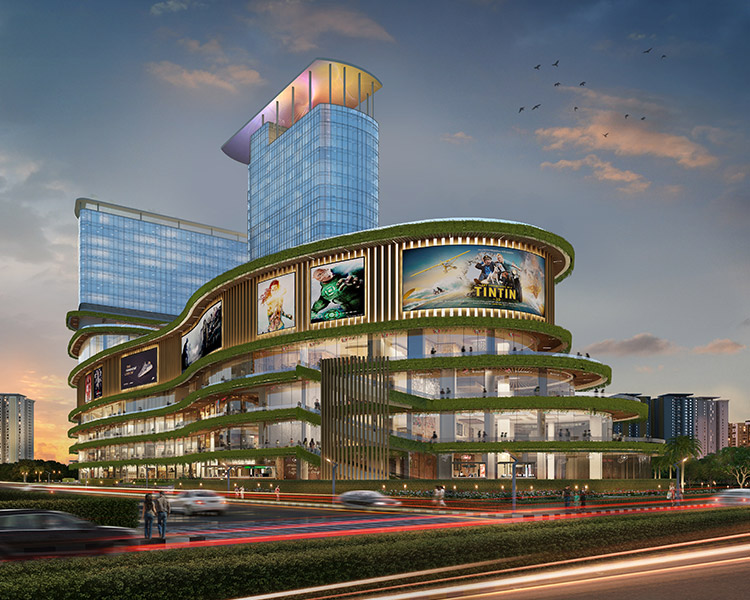 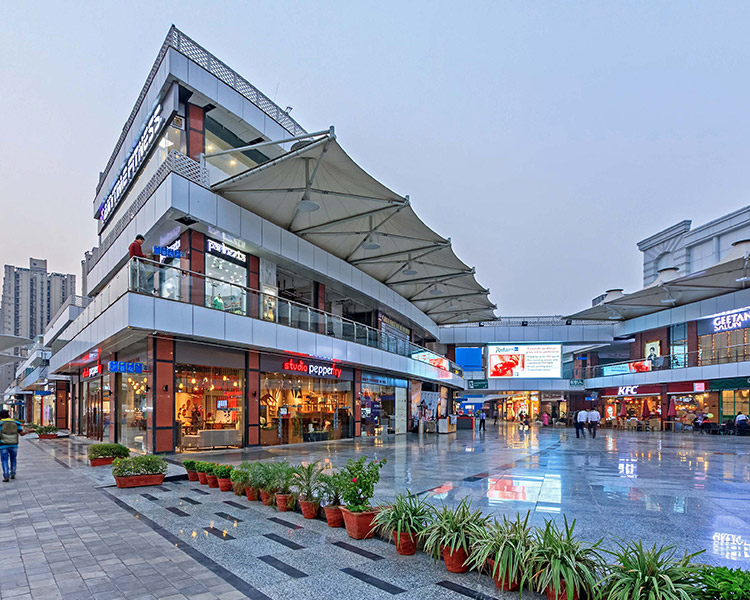 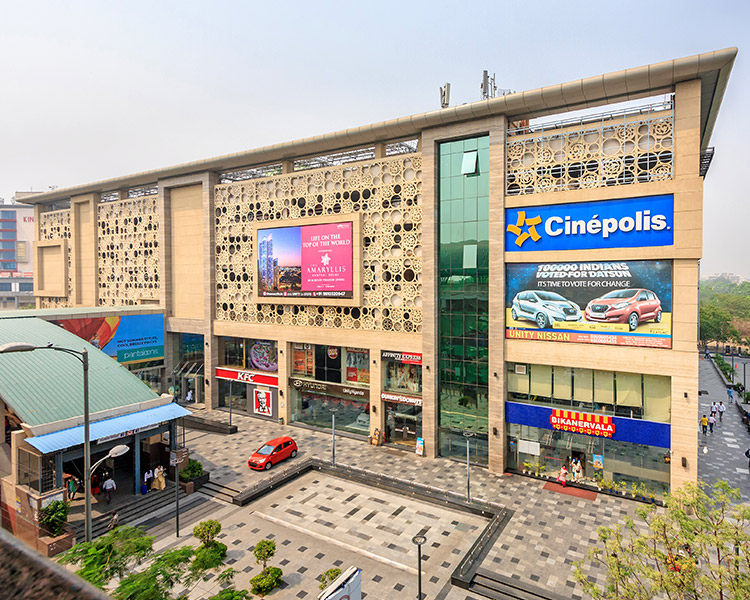 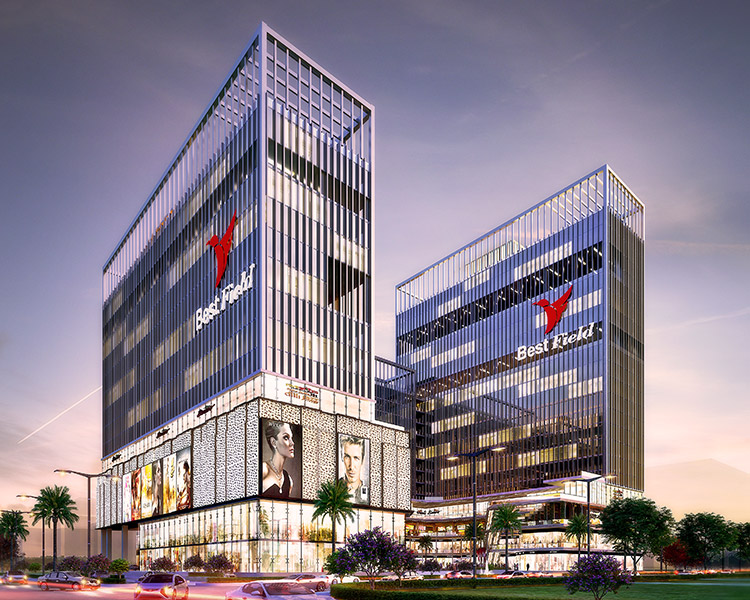 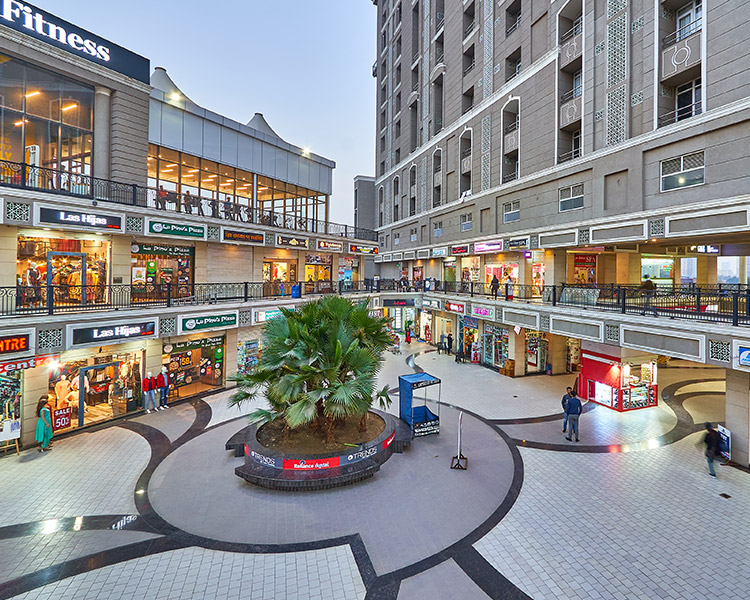